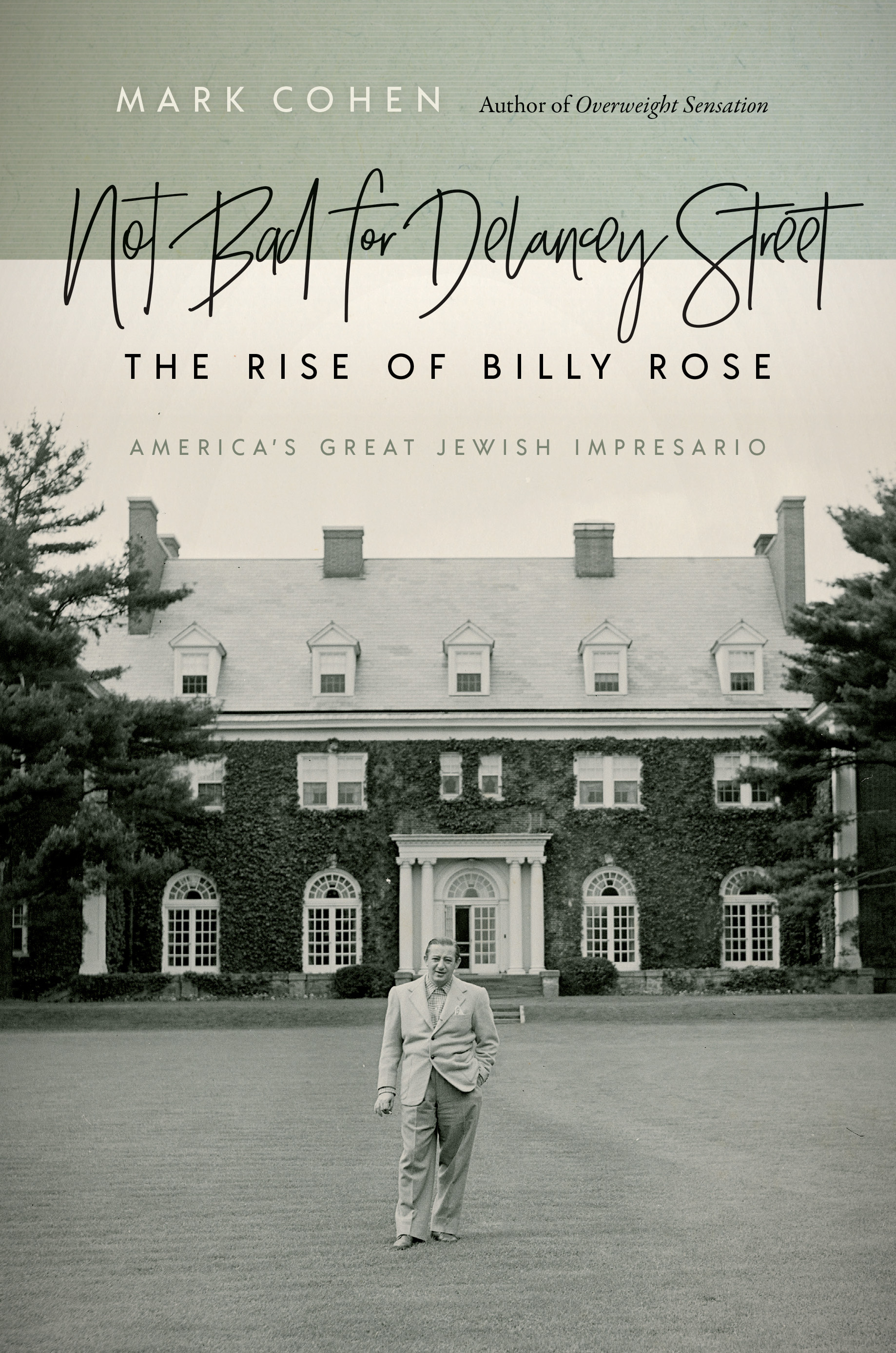 Not Bad for Delancey Street: The Rise of Billy Rose

"Billy Rose has long needed to be rescued from the obscurity into which his singular career has sunk. Mark Cohen has now performed that salvage operation, with a mixture of judicious sympathy and critical detachment." Stephen Whitfield, author, In Search of American Jewish Culture

"A meticulously researched study of the impresario/philanthropist Billy Rose, a figure rich in contradictions: on the one hand, an anonymous altruist (working to rescue Jews from Nazism), on the other, a hard-nosed self-publicist, possessor of what Saul Bellow called 'a buglike tropism for celebrity.' Fascinating." Zachary Leader, author, The Life of Saul Bellow